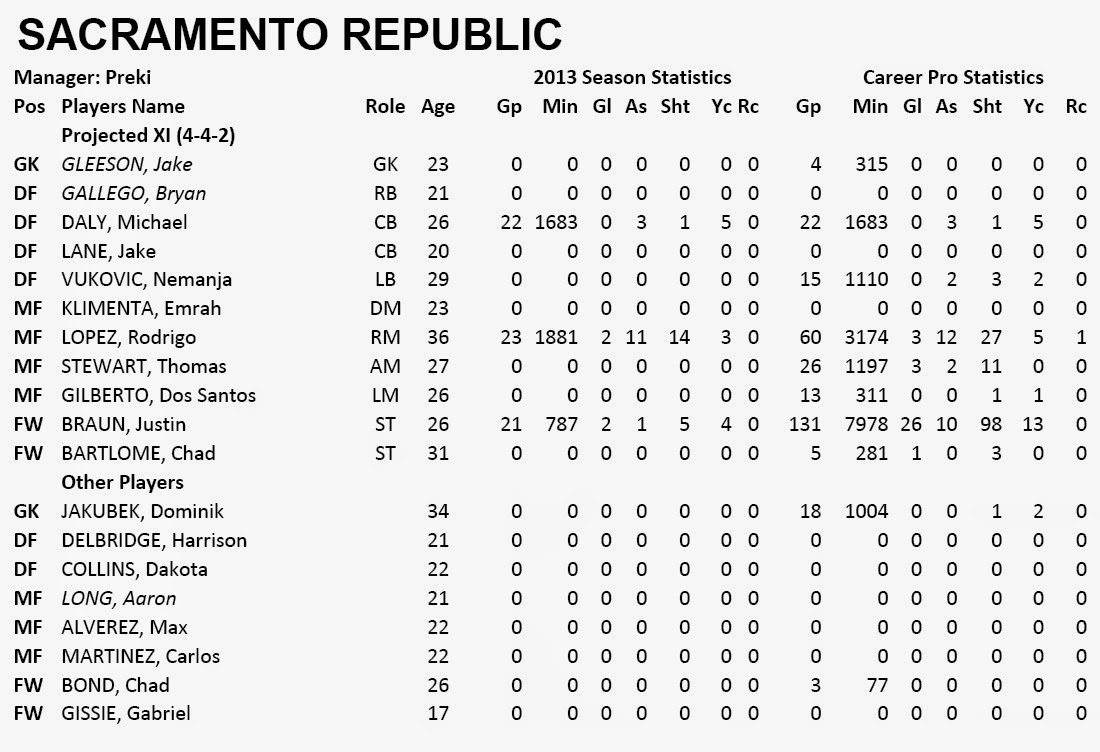 2013: N/A
Head Coach: Preki
MLS Affiliation: Portland Timbers
Key Players: Justin Braun F (Toronto MLS), Gilberto M (Philadelphia MLS), Rodrigo Lopez M (23gp 2g 11a with LA Blues), Jake Gleason G, Bryan Gallego D, Aaron Long M (all on loan from Portland)
Analysis: The Sacramento Republic are the third new club in the league and are coached by Preki. Well known to most Toronto FC and MLS fans, Preki was one of the top players in MLS but his coaching track record hasn't met up with expectations. The club has the least pro experience of all teams in the league but have signed former MLS players Bruan and Gilberto and have created a relationship with the Portland Timbers. This flow of players makes me feel that Sacramento will be more successful than Arizona who currently doesn't have one.
2014 Prediction: 13th place

Posted by enbsports at 1:45 PM