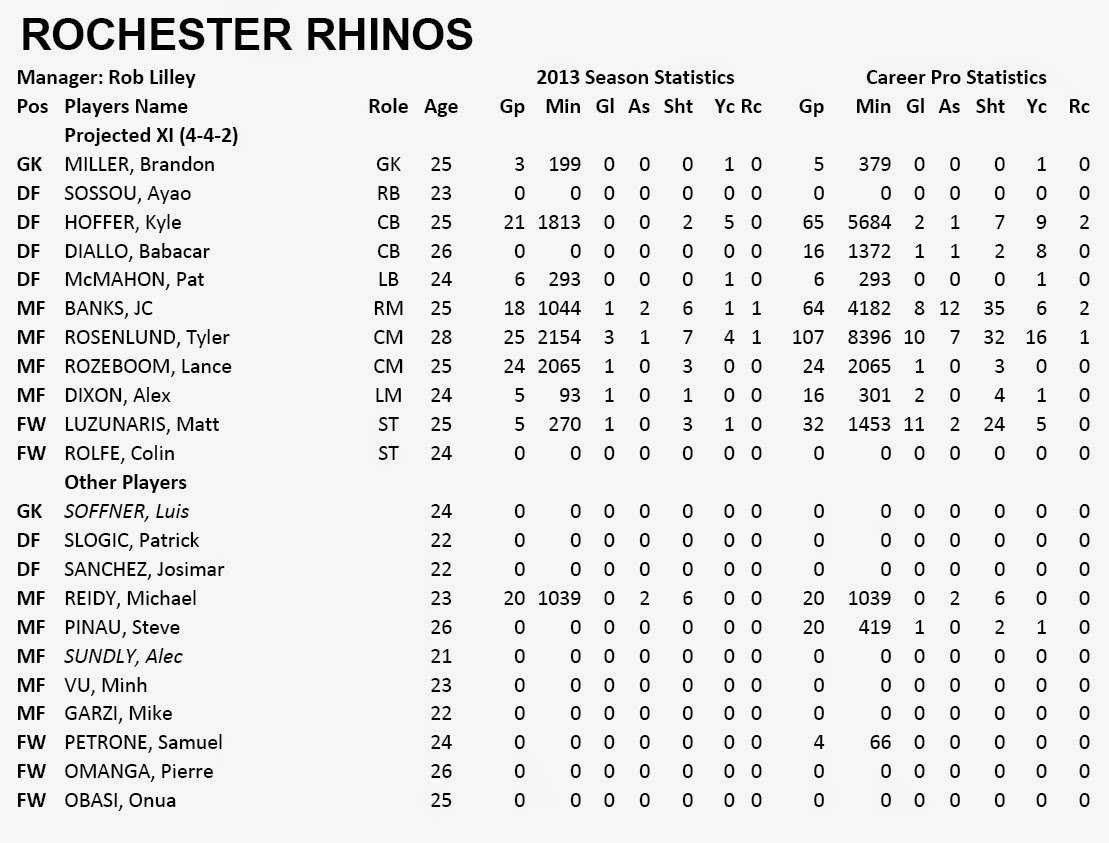 2013: 6-10-10 (11th in regular season)
Head Coach: Bob Lilley
MLS Affiliation: New England Revolution farm team. Will play Montreal
Key Returners: Tyler Rosenlund M (25gp 3g 1a), Lance Rozeboom M (24gp 1g), JC Banks M (18gp 1g 2a),
Key Newcomers: Kyle Hoffer G (21g with VSI Tampa Bay), Luis Soffner G, Alec Sundly M (both on loan from New England)
Analysis: Rochester were a disappointment last season via both the key players on their club and the performance of the players they got on loan from New England. After a slow start they fired their manager which hardly ever happens in USL Pro and improved slightly but missed the playoffs. This season they hired Bob Lilley who has coached both the Montreal Impact and the Vancouver Whitecaps while in lower divisions. I expect an improvement this season as I feel the players should rebound from a poor season last year, although the talent so far loaned to the Rhinos by New England has less upside in my view in comparison to the players loaned to them last season.
2014 Prediction: 7th place

Posted by enbsports at 1:07 PM