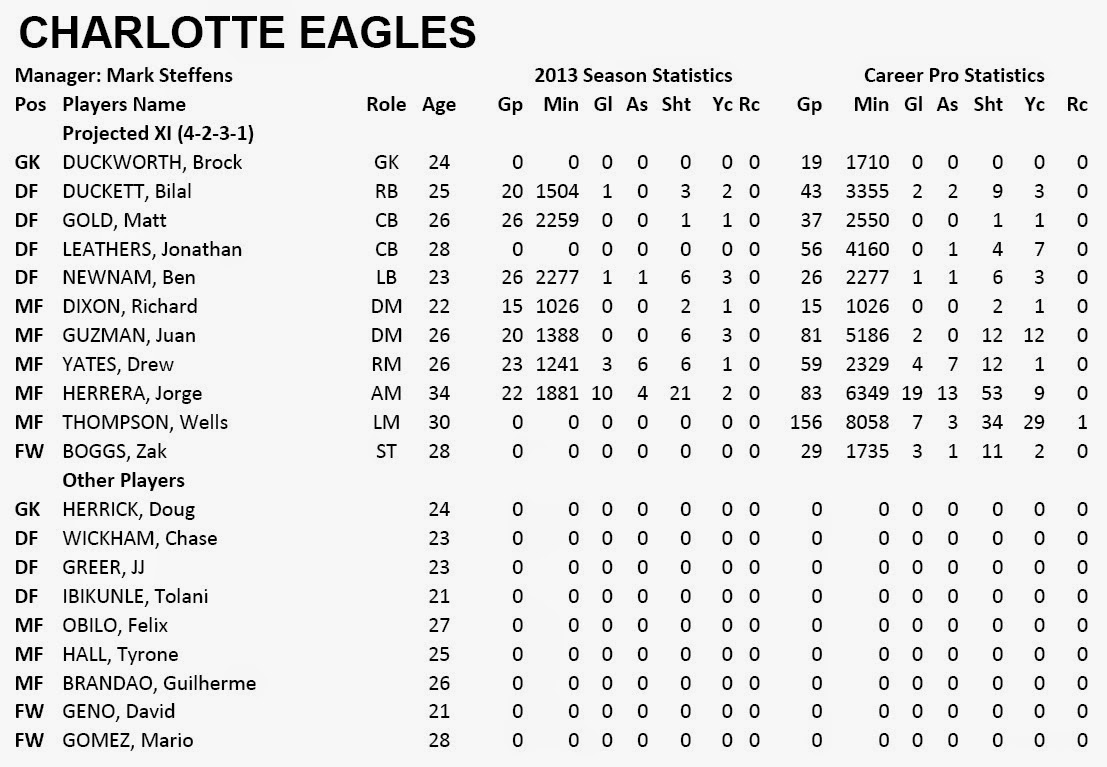 2013: 10-11-5 (5th in regular season - Finalists)
Head Coach: Mark Steffans
MLS Affiliation: None
Key Returners: Jorge Herrea M (22gp 10gl 4a), Ben Newnam D (26gp 1g 1a), Matt Gold D (26gp)
Key Newcomers: Bilal Duckett D (20gp 1gl – Rochester), Wells Thompson M (Chicago MLS), Zak Boggs F (New England MLS)
Analysis: The Charlotte Eagles were competitive in most games last season and got by favoured Harrisburg and Richmond in the playoffs before losing 7-4 in the finals against Orlando. They look strong this year after being active this off-season, bringing in four MLS experienced players in former Whitecaps player Jonathan Leathers as well as Duckett, Thompson and Boggs. The Eagles should have one of the strongest defense corps in the league, which includes Ben Newman who was in my list of overlooked players, while the offense will rely on Boggs and Colombian Jorge Herrea who scored 10 goals in 2013. Overall, the Eagles success will rely on the commitment of their ex-top division players, especially as there will be opportunities with MLS expansion teams in the future.
2014 Prediction: 5th Place

Posted by enbsports at 6:27 AM