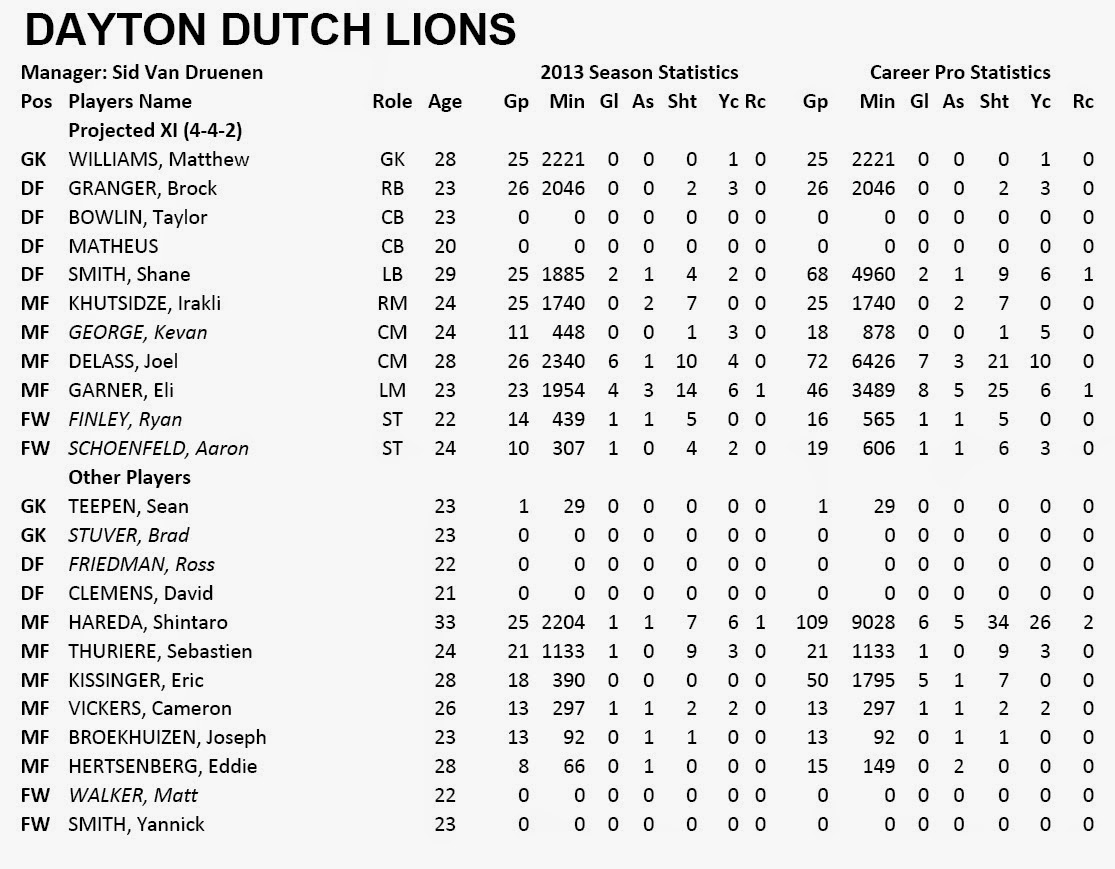 2013: 10-7-9 (8th in regular season – Quarter-Finals)
Head Coach: Sid van Druenen
MLS Affiliation: Columbus Crew
Key Returners: Eli Garner M (23gp 4g 3a) Joel DeLass M (26gp 6g 1a), Brock Granger D (26g)
Key Newcomers: Brad Stuver G, Ross Friedman D, Kevan George M, Matt Walker M, Ryan Finley F (all on loan from Columbus)
Analysis: The Lions continued to surprise in 2013 winning 10 games and making the playoffs after being one of the weakest teams in the league a few seasons ago. Although this season might be a mixed bag as they lost, who I feel, was their best player Gibson Bardsley to OC Blues. However, they created an affiliation with the Columbus Crew that brings in six players at the start of the season, the highlights being Kevan George and Matt Walker in the midfield and Ryan Finlay and Aaron Schoenfeld upfront who will joined by overlooked MLS defender Brock Granger who should keep Dayton competitive throughout the season.
2014 Prediction: 6th Place

Posted by enbsports at 7:41 AM