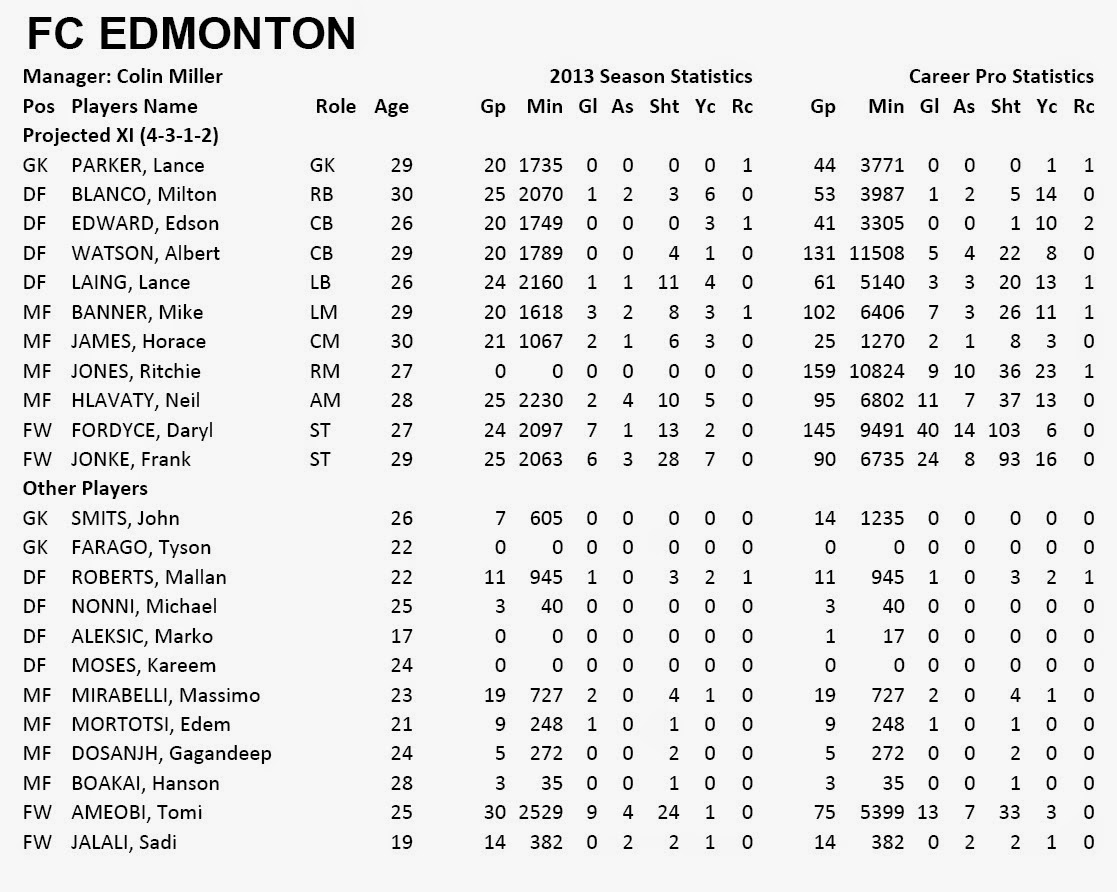 Analysis: Edmonton were one of the more difficult teams to beat last season, although part of this reason was that the Eddie's played defense first and as a result tied 12 of their 26 NASL games last season. Coach Colin Miller brought in experience this off season including former Manchester United and English youth player Ritchie Jones and Canadian International Frank Jonke to provide a threat on offense that the team was lacking last season. There is no doubt that Edmonton has improved, but the biggest issue for the Eddie's is the rest of the league has as well, making it difficult to show great strides within the standings.
2014 Prediction: 6th Place

Posted by enbsports at 1:52 PM