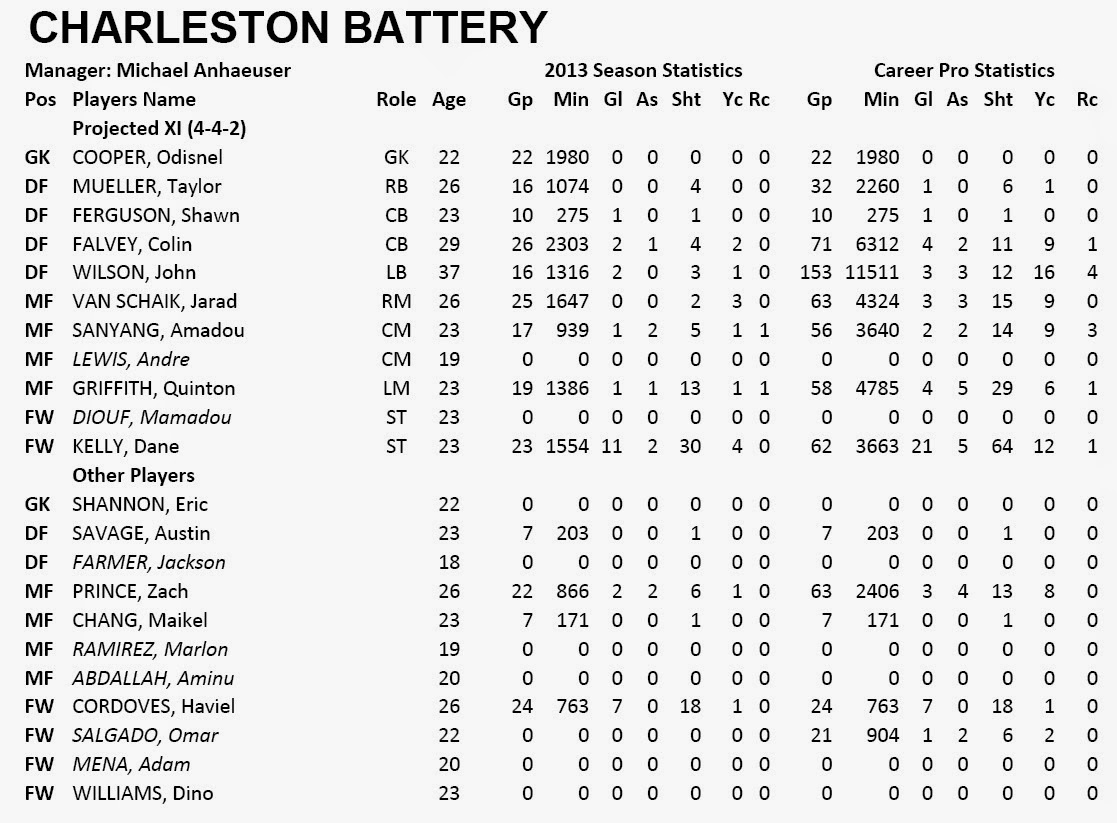 2013: 13-6-7 (3rd in regular season – Semi-Finals)
Head Coach: Michael Anheuser
MLS Affiliation: Vancouver Whitecaps
Key Returners: Dane Kelly F (23gp 11g 2a), Colin Falvey D (26gp 2gl), Odisnel Cooper G (22gp)
Key Newcomers: Andrew Lewis M, Mamadou Diouf F, Omar Salgado F, Adam Mena F, Jackson Farmer D, Marlon Ramirez M, Aminu Abdallah M (all on loan from Vancouver)
Analysis: Outside of LA Galaxy II, the Charleston Battery have taken the greatest advantage of their MLS affiliation, bringing in seven players on loan from their feeder club Vancouver. The Whitecaps players will have to fill the roles of a couple of key loses including Nicki Paterson who joined the Ottawa Fury and Jose Cuevas, who doesn’t look like he’s returning. The Battery should still be a strong team, especially if Lewis, Diouf and Salgado remain healthy and stay with the club for most of the season. Talent-wise the Battery should be one of the top teams in the league, but it is how this talent gels that will dictate how they finish.
2014 Prediction: 2nd Place

Posted by enbsports at 6:16 AM