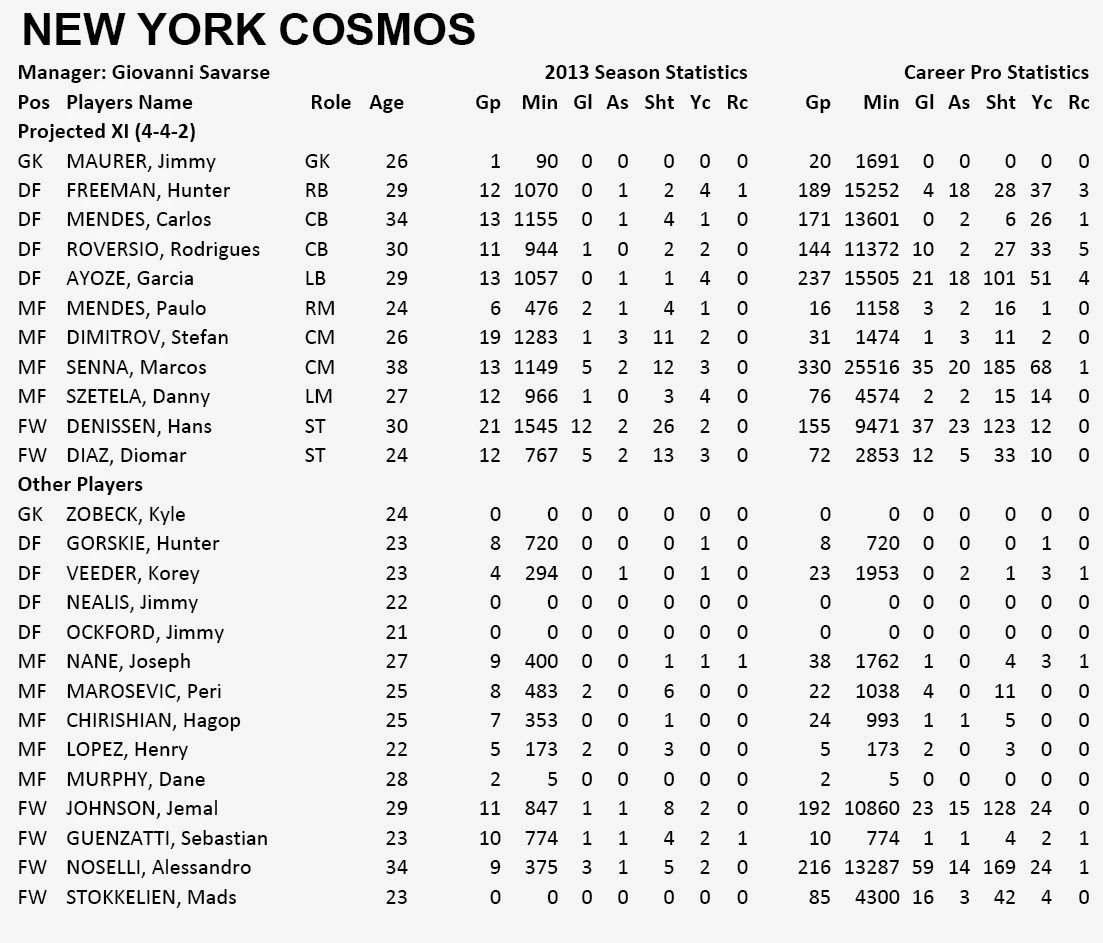 The question now is with the Cosmos participating in both seasons this year, will they continue to dominate or will the extra amount of games become an issue? I expect them to have the depth and with the added games it will give an opportunity for some of the younger players to get minutes.
2014 Prediction: 1st Place

Posted by enbsports at 8:15 AM