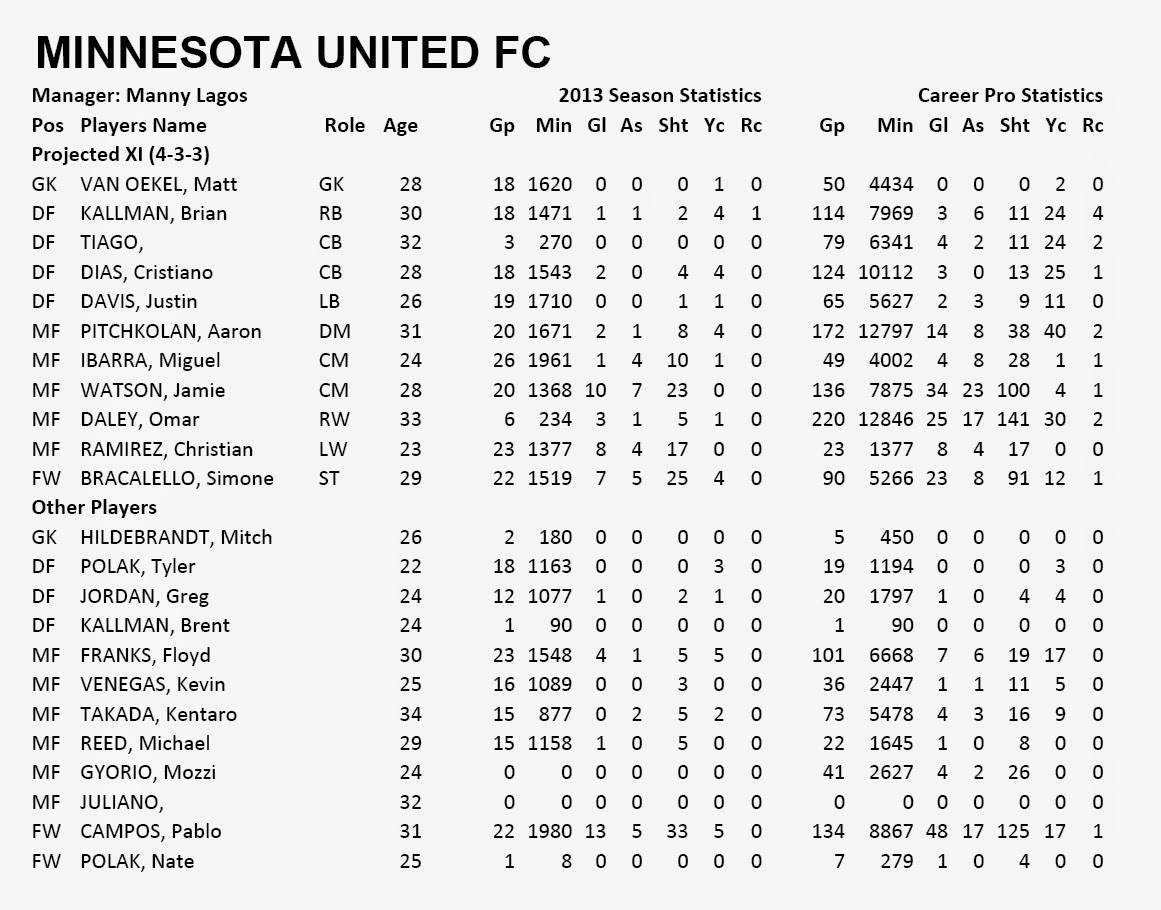 Minnesota brought in three players who were highly thought of in USL Pro including Jamie Watson, who scored 10 goals and 7 assists with Orlando last season, and former GA signing Tyler Polak. Forth year coach Manny Lagos also brought in Brazilian veteran Tiago who has played in Europe and Australia. With the new NASL system of less playoff spots, Minnesota will have to show a greater consistency through a number of games to challenge for this year’s Soccer Bowl.
2014 Prediction: 5th Place

Posted by enbsports at 7:17 AM